On August 03, 2015 I visited the Silver Lake Sand Dunes located in Mears, MI while on my Explore America road trip.

We were staying at a condo in Ludington, MI and decided to take a day trip to the dunes. Silver Lake is located about a 45 minute south of where we were staying. I was very excited to experience the dunes. I have driven the FJ in several different types of terrain or environments, but never sand.

I was curious to see what type of challenges the sand would offer and how different the FJ would handle. I also knew weight would be an issue. I have quite a bit of added weight, especially on long trips. I usually bring extra parts, tools and everything else that is associated with long road trips.

Before heading there, I posted on Facebook that I would be running the dunes. 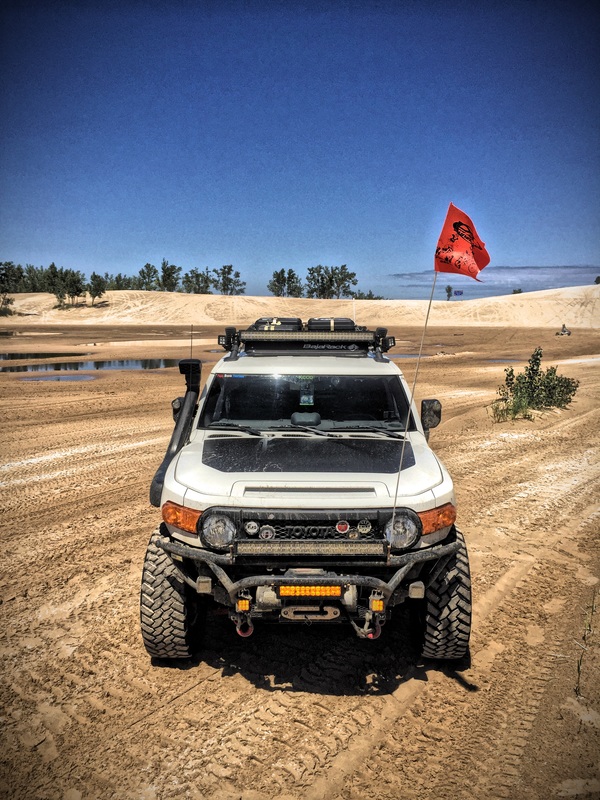 Before getting there, I was contacted by Chris who said he would meet up with me at the dunes. I was happy because I had talked to him several times via social media and finally would have the opportunity to meet him in person. Chris and I meet in the parking lot of the park. Before entering the sand dunes, we aired down and then talked for awhile. I also mounted my orange flag (which I still had from my Badlands trip). I zip tied the flag pole to my CB antenna on the rear of the FJ. 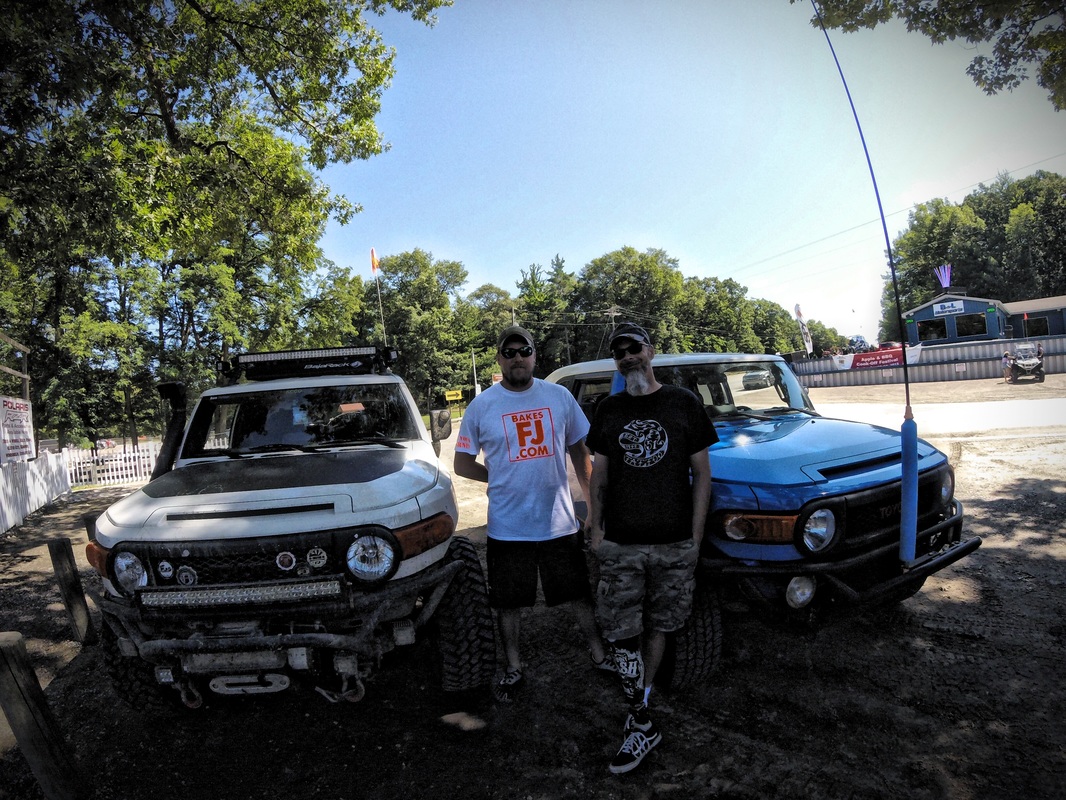 I later found out that mounting the flag on the rear of the vehicle was a no go. It needs to be mounted on the front, which makes sense. Also I was told that my mesh style orange flag was not allowed, it needed to be solid. There is a store near the entrance of the dunes that sales flags. To buy the flag only is $5.00 and flag and pole is about $27.00.

I decided to purchase the flag only and mount it to the pole I already had. I also moved the pole to the front of the FJ.
I only aired down to about 22 PSI which was a mistake on my part. It did not take me long to realize I should have aired down more. I was having a difficult time making some of the climbs on small hills. Hills that Chris and other vehicles were have no issues with. I knew my weight was a factor, but the biggest thing was my footprint. I eventually stopped and aired down to about 13 PSI. After doing that, I was much easier to make the climbs and drive through the sand. Due to a storm the day before, there were areas that had wet and dry sand. 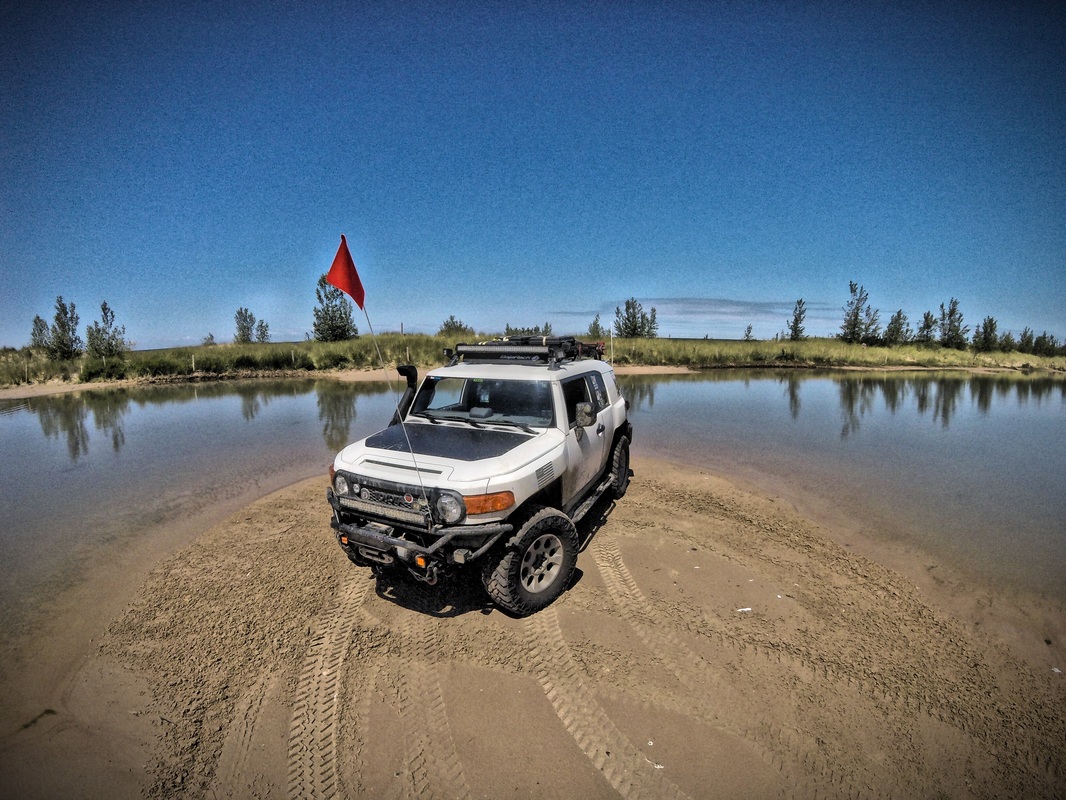 All in all, I had a great time. It was a good learning experience for me and I enjoyed my time with Chris. It was very nice of him to meet up with me and show me around the dunes. The Silver Lake Sand Dunes is a smaller park with a lot of traffic. You have vehicles of all shapes, sizes and power moving across the land. It could be very easy to have a accident there, especially during peak busy times when several thousand people are there. 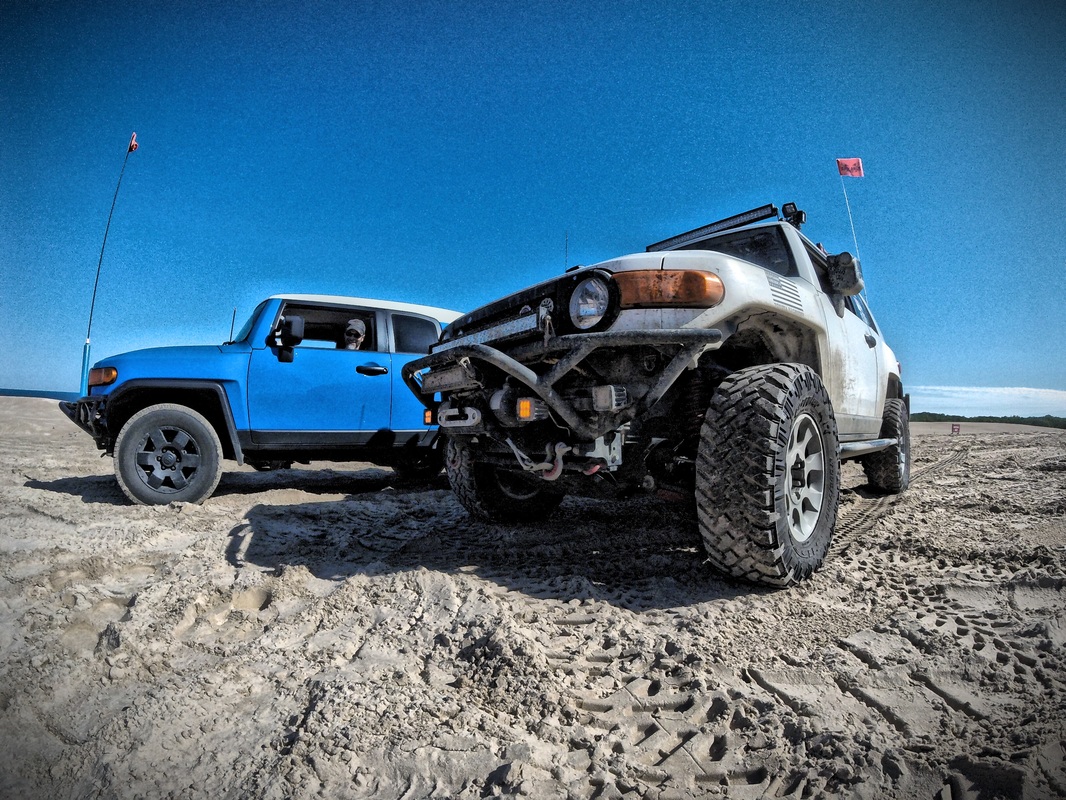 Case in point, I had family who rented a Jeep from Parrot's Landing. Before leaving the park, they had a dirt bike crash into the side of their Jeep. They were ok, but the rider was not. He broke several bones and caused quite a bit of damage to the Jeep and his bike.

The park rangers said most of the problems or injuries are due to dirt bikes. Some of the issue is because they need more speed so they don't get bogged down.  They also tend to be younger riders who do silly things and get way to close to larger vehicles.

Just like anything, you need to use caution while playing at the dunes. If you have passengers, they can help watch out for other vehicles or fast moving dirt bikes. 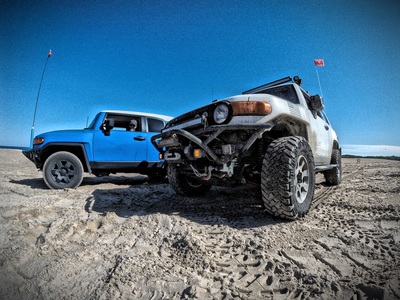 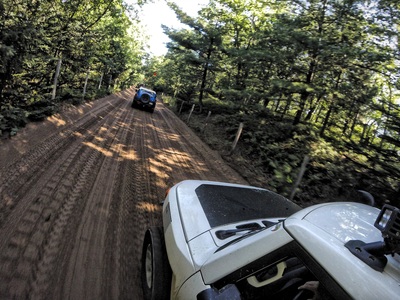 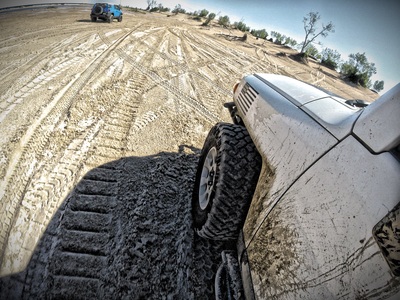 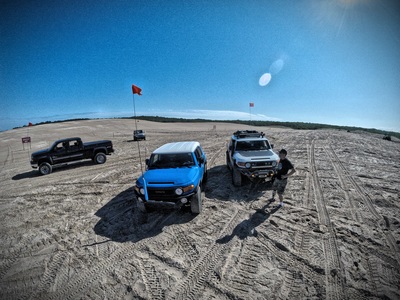 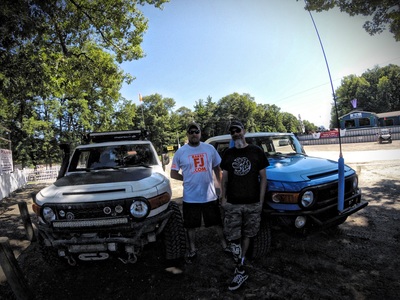 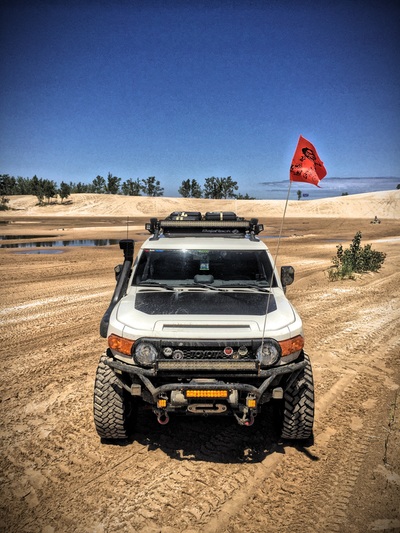 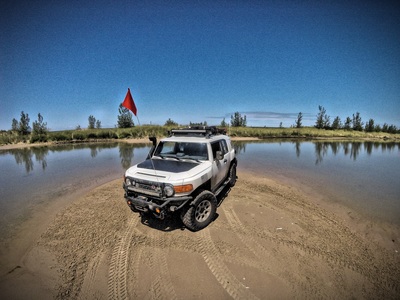 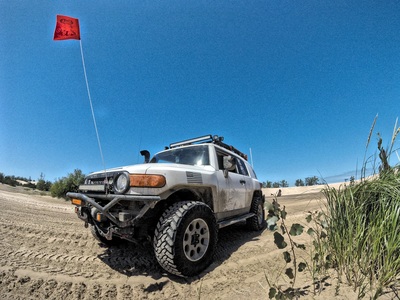 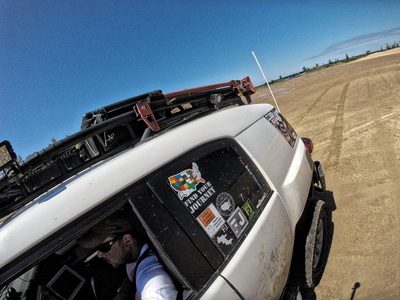 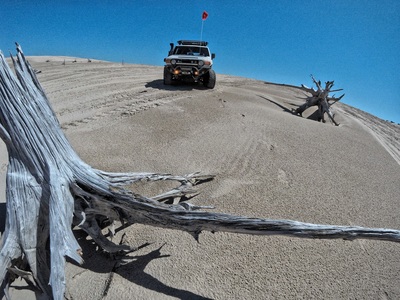 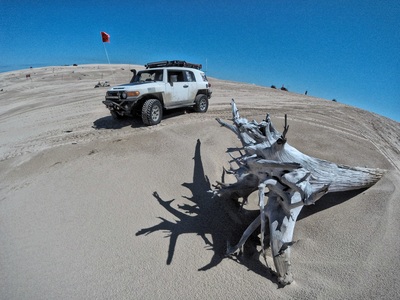